Congratulations to the winners of the Power of Music contest! See the results.
Creative News Irina Cumberland calms people down with her amazing sea 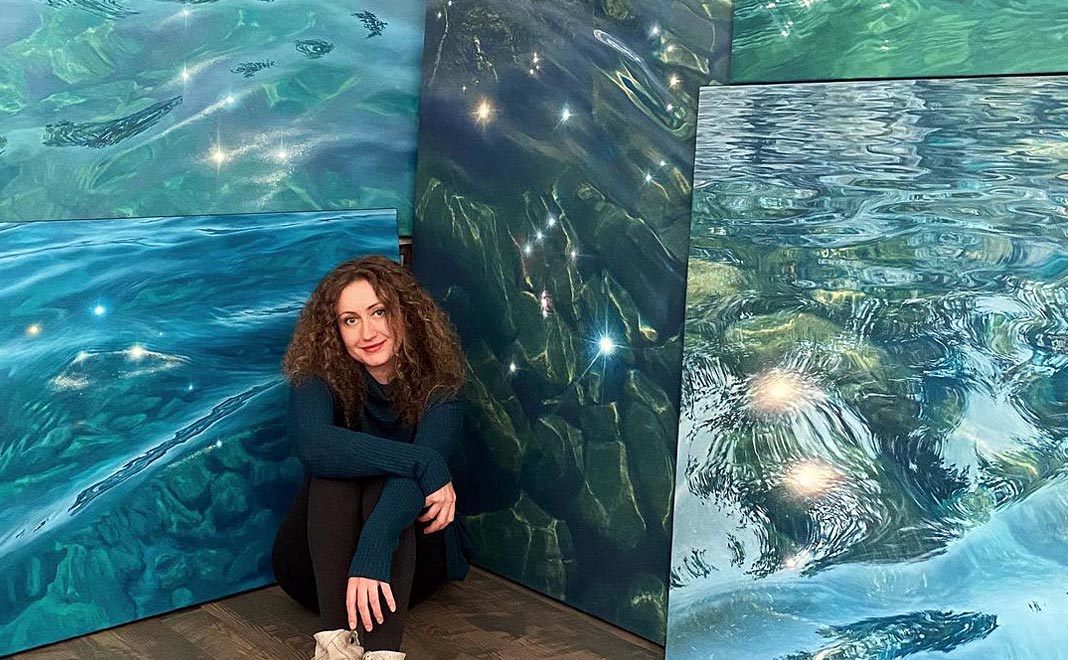 Anxiety and stress can play havoc with one’s mind and who better than Irina Cumberland, a painter born in Ukraine, to know this. There was a time in her life when her hands literally shook from stress in her waking hours till she dozed off in a shallow nightmarish sleep.

This happened, when this artist, who was finishing her eight years of medical training in Ukraine, got married and moved to the United States with her husband. She had to cope with the anxiety of settling in a new country, leaving her family and friends behind, not to mention, sacrificing her medical career. It was then that war broke out in her country and the worry about her family’s safety and not being able to do anything about it raised her stress level even further.

To calm her mind, Irina started frequenting the beaches. She explains on her website, “I watched the ocean’s steady movement in and out, the glittering light dancing on the surface, the tiny rainbows reflecting off the sand – lulling me into a peace that I’d never experienced before.” The waves and sea had such calming effect on her mind that she decided to capture its beauty on canvas. The result was her painting that she titled ‘No War’. This handmade painting became popular in no time.

Irina found that her paintings of the sea gave her the same kind of mental peace and calmness, as the actual sea did. She developed a painting style that reproduced the naturally occurring patterns and colors of the sea on canvas. So realistic are her paintings that it is difficult to distinguish them from photographs. According to her, each painting is designed to maximize the calming effects of shapes, colors, and scenery.

The reason for this calming effect of her paintings lay in fractals, that is, a pattern that repeats itself, such as ocean waves, snowflakes, trees, et al. Fractals reduced stress in people. Today, her paintings not only serve as stress busters but also earn money for her. You can find Irina Cumberland’s art for sale on her website.

Irina Cumberland calms people down with her amazing sea

Do you see the world as Billie Eilish sees it?

FOLLOW US
© Constellation World Talent Network 2020-2021. All rights reserved.
We use cookies on our website to give you the most relevant experience by remembering your preferences and repeat visits. By clicking “Accept All”, you consent to the use of ALL the cookies. However, you may visit "Cookie Settings" to provide a controlled consent.
Cookie SettingsAccept All
Manage consent